C'mon shake your body, baby do the conga 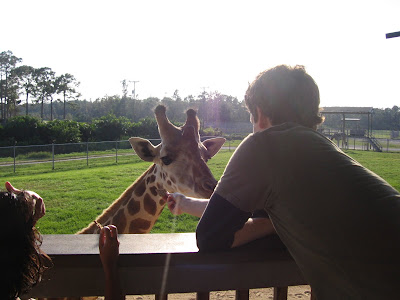 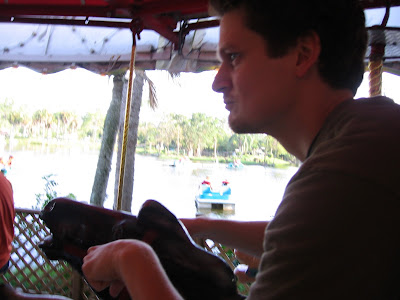 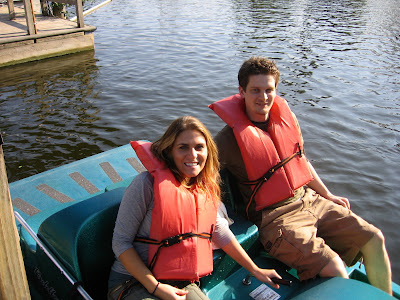 Paddleboats...they let us get a closer look at the pink birds... 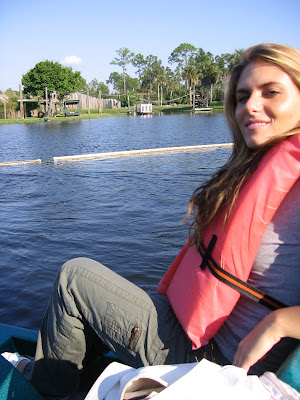 A couple months ago Grant's employer forced him to do the conga in West Palm Beach, FL. Luckily, he wasn't the only one shakin' his body because if they fly Grant out, they fly me out too. I made sure he wasn't having too much fun without me. I studied at the hotel while he was at work, and then we hit the town at night, hard. We went up to Miami Beach which was really cool. It has this Art Deco theme and all these crazy restaurants lining the coast. We ate at a quiet Cuban restaurant which was pretty good. We ordered ropas viejas (old clothes) which is a traditional cuban dish resembling a pot roast. As you can see, Grant is having a hard time controlling himself, just like Gloria Estefan said. (She actually has a cuban restaurant on the strip that is quite good from what Grant says.) 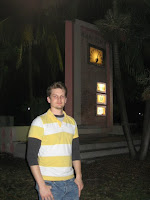 We also went to Lion Country Safari and loved seeing all the lions, rhinos, monkeys, zebras, etc out in the open as we drove around. They give you a CD to listen to while you drive around telling you all about the animals that you are seeing (what they're called, where they usually live, etc) I usually don't like the zoo because you have to do so much walking and it is usually pretty hot but this wasn't having any of that. Also, if your windows weren't up, you could reach out and touch these animals. We obviously have a ton of pictures from the trip but these are some of my fav's. 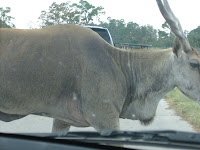 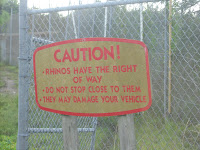 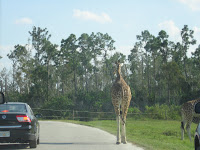 Then, you can get out of your car and they have a regular zoo where you can walk around. I fell in love with Flamingos as I realized "how cool is a pink bird." They had a Ferris Wheel, Merry-Go-Round, and paddle boats that were all included in the admission price. We also got one ticket for free because if you turn in an old cell phone, it's good for one free entry. 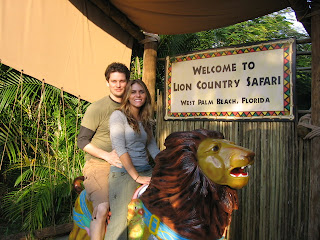