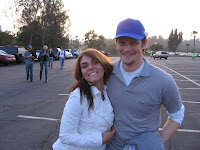 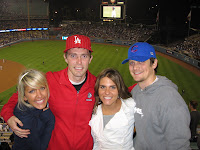 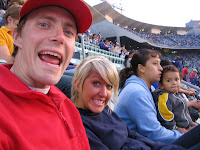 Grant's obssession happens to be The Chicago Cubs who were in town playing the Dodgers. We went with Jared who was obviously rooting for LA. The Cubs lost, but I still won because now I can say I've been to a major league baseball game and I've had a Dodger Dog. My stock is going up by the second. Oh, and I almost forgot,
Spiderman was there too. 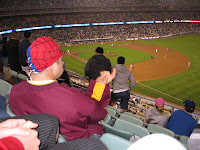